A lesson in Trust

A quick story.
A wild stray puppy showed up about a year ago half starved.
She wouldn't let anyone near her but we fed her.
She grew up and is sweet as can be but still won't let anyone pet her.
An occasional lick of our hand before she bolts is all we get from her.
Well...almost.
We also got these.
A litter of puppies. 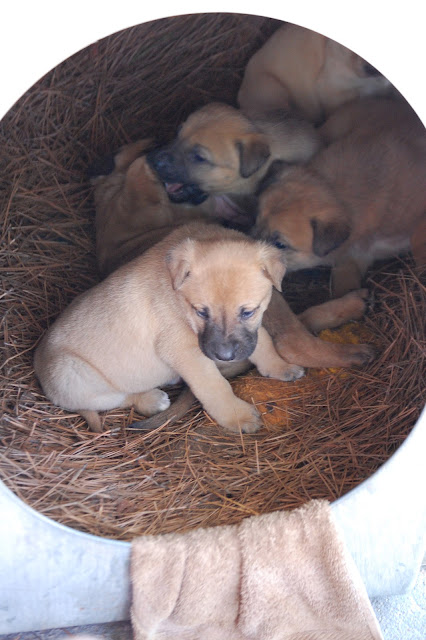 We knew we couldn't  keep them all.
We watched their little personalities develop and began to fall in love.
(not me as much...but the rest of my family were)
Two of them stood out to us..
Sarge and Dexter.
I figured that's the two we'd keep.
Wrong.
See, we have a certain little 3 year old granddaughter.
And she came to visit at Christmas.
And she fell in love with the little girl puppy and asked her Paw Paw if that one could be hers.
And of course her Paw Paw said yes.
You know those things as parents and grandparents we just let roll off our tongues without thinking much about it? Yeah...Well I think that happened with Paw Paw Nick.
Well the infamous day came when we had to choose who was staying and who was going.
We all still loved Sarge and Dex.
The decision was Nick's since he would be working with them the most.
After he left to give the last few puppies away, I went outside expecting to see the two of them come bouncing up to me.
But to my surprise, it wasn't Sarge...
It was "Lady" and Dex who were still here. 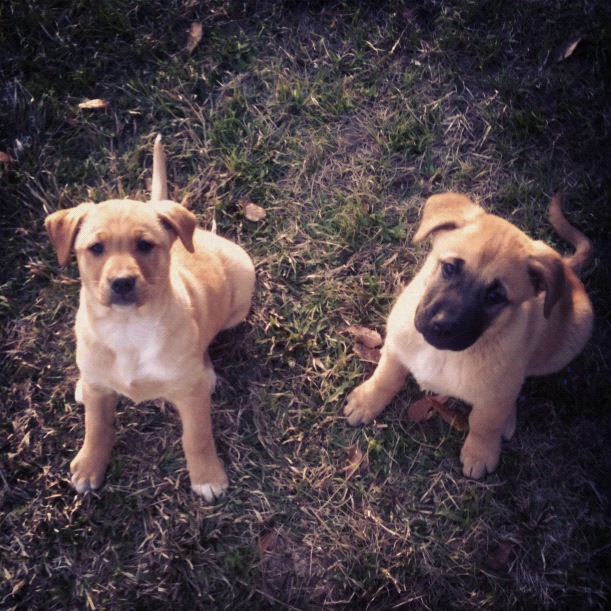 When Nick got home, I asked him why he chose Lady over Sarge...Sarge, the one he loved from the start, the one we all just assumed was staying...
And this is what he told me...
"I made a promise to Rosalyn that I would keep the little girl puppy for her."
I then said.."But it isn't like she lives near us!  She won't even get to see it much!"
To which he said, " I know. But I told her that was her puppy.  She trusts me. I want her to know if her Paw Paw tells her something, it is true and that she can always believe every word I tell her.
I never want to give her a reason to doubt me."
Wow.
This is one of the many reasons I love this man so much.
I know deep down he would have rather kept Sarge..
but instead he chose to keep Lady so that the heart of his granddaughter continues to trusts him.
Nick taught me a powerful lesson that day on being a man and woman of our word.
...to never take that lightly.  Whatever the cost.
It reminds me of the steadfast promises of my heavenly Father.
The One who I can always trust no matter what.
If His Word says it, then I can believe it.
End of story.
"For the word of the Lord is right,
and all His work is done in truth."
Psalm 33:4
Stephanie :)