Dressember...It's bigger than a dress. {Round Two}


This was my conviction for joining Dressember last year:

Nick preached a message last week that has stuck with me. It was a very convicting kind of message but even more so… a confirming kind of word.  Confirming what you see God doing in and through your life.

It was just one verse of scripture. Proverbs 18:16
"A man's gift makes room for him. And brings him before great men."

He expounded on it and shared how God puts a gift in each one of us.  None of us are passed over.   When we use that gift for His glory, it will open up opportunities and doors for us.  Those doors are opened to us to have influence.  To be an influence for God's kingdom.

Our gifts all look different but we all have one. Probably several. It will be something we are passionate about and people will be blessed by it when we use it as God intended.

There were so many layers to the message and so many things that God spoke to my heart.. Just like as parents when we notice a gift or interest our child has, it's our responsibility to cultivate it and help them develop it.  Well so it is in the body of Christ.  When we see someone doing something well…something that blesses us… we need to tell them. We need to encourage and cultivate each other in the body of Christ.    Because we need each other and all the different gifts for the body to be effective.

"A man's gift makes room for him. And brings him before great men."
When we exercise and use our gifts, they will lead us to that which is important…things that matter. And what is important is any door God opens for us is to have an impact and be an influence for His kingdom.

Which brings me to what God confirmed in my heart through that message.  He's given me so many passions and things I love.  Things I recognize are Him at work. Some things I'm still wrestling with Him on.

He's given me a passion for life and telling our story as it unfolds.  It comes so natural for me that it's hard for me to see why some people find that so strange.  When the Lord called us into ministry, people often described being a pastor's family as living in a "glass house" or fishbowl and would give me their condolences but I've never felt that way myself.   And even though I share a lot of our daily lives through social media I still don't feel like we are on "display".   Maybe I'm naive. Maybe I'm crazy.  Or maybe this is part of the gifting God has given me.  I know He certainly has used it to make room for me to tell about what He has done.  He has given me a much bigger sphere of influence to connect with and I want to honor Him with it.  I want to use that for something much bigger than me.

Stuff like Dressember. Have you heard of it?
I love that God has taken one of my passions (fashion) and one of my burdens (human trafficking) and caused them to collide in a crazy and amazing way.

Dressember is a movement started by one girl who wanted to bring awareness to the great atrocity that is a reality to so many young girls and women around the world.  Sex slavery.  It exists. It is real.
Today, nearly 30 million people are trapped in slavery.
And we have a voice and a responsibility as believers to do something about it.

So every day in the month of December, me and thousands of other ladies will be wearing a dress..rain, snow or shine..in order to bring awareness to this and help bring and end to it.   We will embrace the freedom that we're allowed,  on behalf of those who aren't free to live vibrant, autonomous lives.

You can check it out yourself here.  You can also read about Blythe Hill, the founder of Dressember here.

The History:
What began in 2009 as a quirky style challenge with a clever name spread like wildfire. Dressember is a month of wearing dresses, but it is so much more. At its core, Dressember is an embracing of the inherent freedom and femininity of all women.

In 2013, Dressember took on new meaning: opposing the worldwide trafficking and exploitation of women. In its first year as a fundraising campaign, Dressember aligned with International Justice Mission, a human rights organization that works to rescue victims of slavery, sexual exploitation, and other forms of violent oppression. Those who participate in Dressember are supporting the abolition of modern day slavery. Beginning in 2015, the Dressember campaign will expand to partner with other anti-trafficking organizations.

IN ITS FIRST YEAR OF FUNDRAISING, DRESSEMBER HAD 1,233 REGISTERED PARTICIPANTS IN 32 COUNTRIES ACROSS 6 CONTINENTS WHO COLLECTIVELY RAISED OVER $165,000 USD. 100% OF THE FUNDS RAISED IN 2013 WENT DIRECTLY TO INTERNATIONAL JUSTICE MISSION. IN 2014, PARTICIPATION DOUBLED, AND THE FUNDS RAISED NEARLY TRIPLED, AT OVER $465,000 RAISED.

Donations to the Dressember 2015 campaign will support the work of International Justice Mission and A21, two human rights organizations that are bringing rescue and freedom to victims of slavery, sex trafficking and other forms of violent oppression. Learn more about IJM and read about A21 here.

And this is my conviction for joining Dressember THIS year:

I honestly had talked myself out of doing it again.  Not that I don't still believe in what they are doing. and wanting to use my platform and voice to help others and bring God glory...because I most definitely do. Actually the campaign has grown so much and they have SO many participants, I told myself that it wouldn't really matter if I didn't participate this time around.

No sooner had I made my mind up that I was gonna sit this year out, that night on the news, in our little town of Meridian, Mississippi, there was a lady arrested for human trafficking. She had been making young women have sex with men in return for drugs for herself.  Right here in my own "backyard". The timing was not a coincidence.  I mean, I knew it existed everywhere..that it wasn't just a "big city" problem or something that happens in other parts of the world.  But to see it on the news on that same day....The Lord reminded me that my voice matters. It IS important and there is a war to be fought. This atrocity is everywhere and it effects us all.  My heart was broken.

I'll also be wearing them for the thousands and thousands of little girls and women who will not wake up in a home full of love and security.  They won't hear I love you several times a day or get tucked in at night.  No, they will wake up each day to abuse and wonder if their lives will always be this way.

I want to be a difference maker with the passions God has given me.  I want to make a difference in the lives of these precious girls and women who don't have a voice.

You can make a difference too.
You can join me in spreading awareness and wear a dress with me this December.
Or you can sponsor me. I have a personal goal of raising  (gulp) $500.
You can do that here. 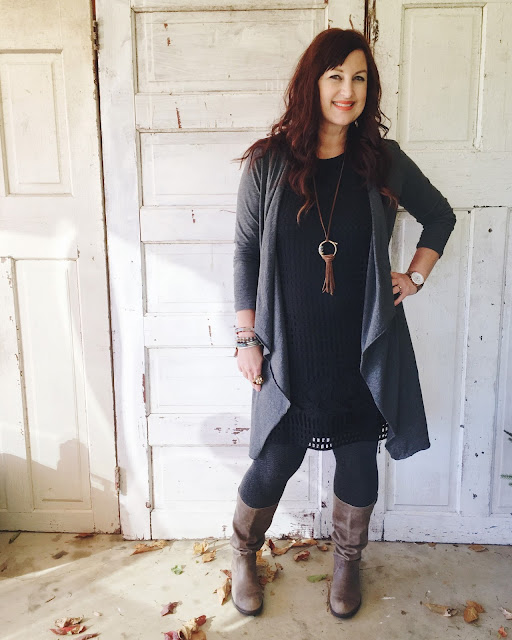 I'll be sharing my journey all through the month of December.
You can check out the hashtag #dressember to be inspired and challenged by the thousands of ladies around the world who will also be participating and #honeyholdendressember to follow along with me. I definitely don't own 31 dresses or even 10 for that matter.  So I'm gonna enjoy the challenge of getting creative and using the resources that I have.
All the while keeping my heart focused on the girls and ladies it's all for.

"Dressember.  It's bigger than a dress"