41 pounds lighter…how i did it.

I instagrammed this pic last  week and the response was pretty overwhelming.
Thanks for all the encouragement!! Y'all bless me so much much. 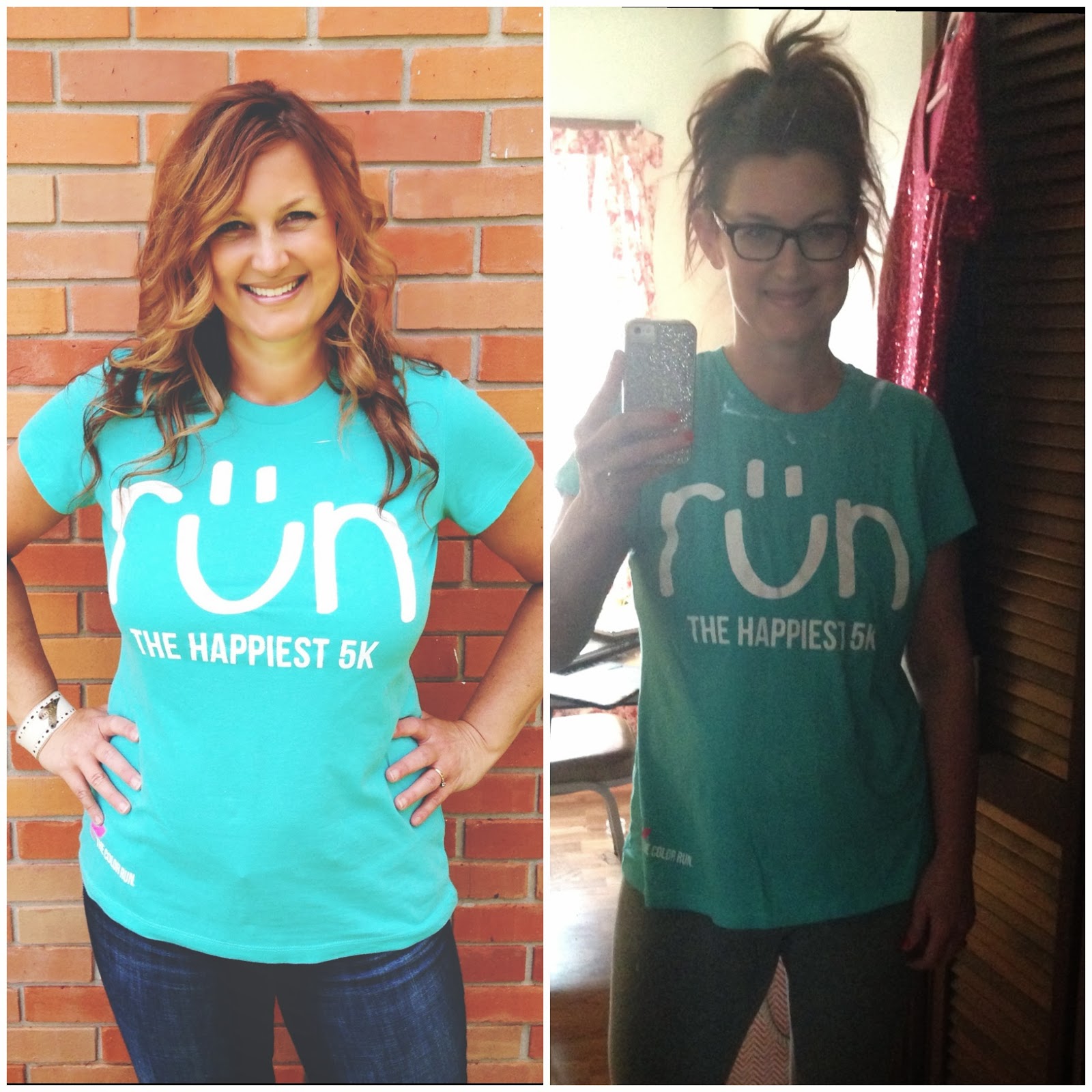 The picture on the left was taken after I had already lost 25 pounds so it's not a true before and after pic.  It's more like a "middle and after" pic.  I was basically sharing what a surprise it was to pull that same shirt out of my drawer and have it fit so much bigger.  Had I known what a hit this picture was gonna be I woulda at least fixed my hair a little.  lol.

And you had a ton of questions so I thought I'd write a blog post to answer a few of them.

It seems like everyone wants to know how I did it. I can remember all too well of being in "the hunt"…desperate to lose weight. To find something….some plan or technique that worked for another person and then copy it to the T.  But I think there is danger in doing that.  We set ourselves up for failure when we try to do it exactly the way another person has.  Why?  Because we are all different.  Our bodies are different.  Our  metabolism works differently.

About 6 years ago I succumbed to turning to a specific program to lose weight.  I remember vividly the night I ordered it after watching an info commercial.  I was the heaviest I had ever been at that point in my life weighing in at 200 lbs and feeling very depressed and discouraged.  I had just finished watching The Biggest Loser for the first time. They had revealed the winner and I was amazed at the transformation.  But sooo depressed and feeling somewhat helpless at that point feeling like I was "too far gone".  But as I was flipping through the channels that night, I came across that infomercial that stopped me dead in my tracks.  The testimonies were amazing.  The transformations were incredible and the plan seemed doable.  It was all based on our metabolism and finding the right food that works for our body types.  I didn't have to order food or anything like that…I prepared and cooked all of my own stuff.  And exercise was part of the plan too. It was basically eating healthy and exercise… good stuff.

So I ordered the plan.  Nick was behind me 100%.  His support was a huge part of my success on this plan.  You had to eat small meals every 2-3 hrs on this plan so he would grill chicken and pork for me and we would spend hours in the kitchen weighing portions and putting them in ziplocks for me to pull out quickly and conveniently.  You had to eat so many carbs, proteins and vegetables at certain times of the day, etc.   No dairy, no sugar, no salt and a very limited amount of certain types of carbs.  I walked every day plus did some toning exercises three days a week. It was a very healthy plan and I followed it to a T.  I don't know if it was my resolve to lose weight or the fact that I had spent so much money on a diet system so I was determined to make it work.  I did not fudge in one single thing they instructed me to do.

And it worked. The pounds just fell off. I lost 50 lbs in 4 months and I felt and looked better than I had in years. 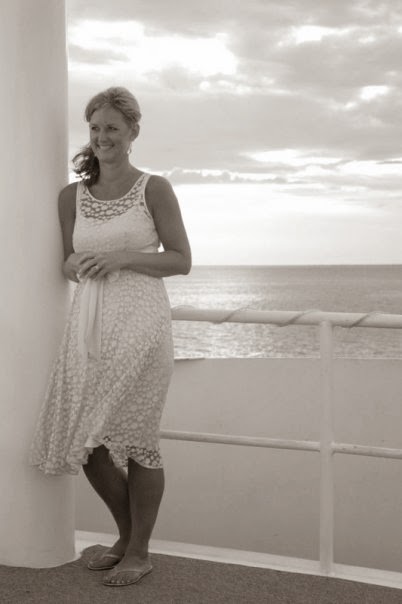 The problem was I had set myself up to fail because the reality of living a lifetime preparing and eating food in this manner was unrealistic.  I carried a little insulated lunchbox with my chicken and banana in it everywhere I went. Toting my own salad dressings in my purse got old. And even though the success to following this plan was proven in my own life, I just got bored with the food.   Eventually I began to creep back into my old habits and ways of eating.  And eventually the weight began to creep back too.  I gained it all back plus some.

So what is different this time?  What's gonna stop that from happening again?
Because this time, I didn't follow a plan.  I didn't read a certain diet religiously and follow exactly what someone else did for success.
I didn't want restrictions from food.  I wanted freedom from food.

I wanted to make changes that were realistic for my lifestyle and my family.  We LOVE food around here.  We love cooking it and we love eating it.  We love serving food to other people. I knew I didn't want to set myself up for failure again by being bound to a plan that I would eventually become bored with.

So for those of you who have asked what I did to lose the weight and what I am eating now, please read the next few things with caution. I am not an expert.  I don't have all the answers.  I am not following a certain anything.  I don't want anyone trying to follow the "Honey Diet" because there is no such thing.  I eat a wide variety of things and even some things that are considered fattening in the "diet world". But I do it all in moderation.   I will share with you some of the changes we made around here and how they have benefited us but just know your journey may be different.  You have to find what works for you.

For me, there were no shortcuts or jumpstarts.  I wanted to make the kind of changes that would stick for a lifetime.  So it's basically eating healthy and exercise. As friend of mind put it… it's a marathon not a sprint and that is how I approached it all.

**I'm not bashing all diet plans… There are plenty that are helpful and very healthy.  I'm just saying that I personally cannot stay on specific plan for a lifetime.

The Food
What we DO eat:


What we DON'T eat

We still eat our favorite dishes, we have just tweaked them and now cook them in a healthier way.  We discovered that cauliflower is  the magic veggie…like the holy grail of whole foods. I've made mock fried rice, cheese sticks and mashed potatoes using it.  I still gotta make that pizza crust I see floating around on Pinterest.

For us, it hasn't been about depriving ourselves of anything.  It's been about discovering new things that we like just as much and even better.  You can still enjoy eating food while losing weight and being healthy. I  promise to begin posting some of our recipes and share some of my menus and products we've found.

So many have asked what I do to exercise and my schedule and all that.   When I was in intense weight loss mode,  I walked/ran on the treadmill  5 days a week averaging 3-4 miles each time.  I made it non-negotiable.  I did it when I wanted to and did it when I didn't want to.  I used the "Couch to 5k" app on my phone and gradually worked myself up to running the entire 50 minutes I was on it.

Many have asked what I listen to while I run.  Well I don't have these amazing times of worship like so many of you runners who inspire me so much….y'all who listen to worship music as you run through beautiful areas of God's creation.  But what has worked for me is to find a show on Netflix that I really like and watch it on my iPad while I'm running.  I ONLY allow myself to watch it while I'm on the treadmill.  This is nonnegotiable too…I haven't fudged one time and watched it unless I'm running.  So I will have to attribute some of my success to Joan, Megan, Betty and Peggy.  I love, love, love getting inspired by their fashion while I'm sweating.  Shallow I know, but it worked for me. 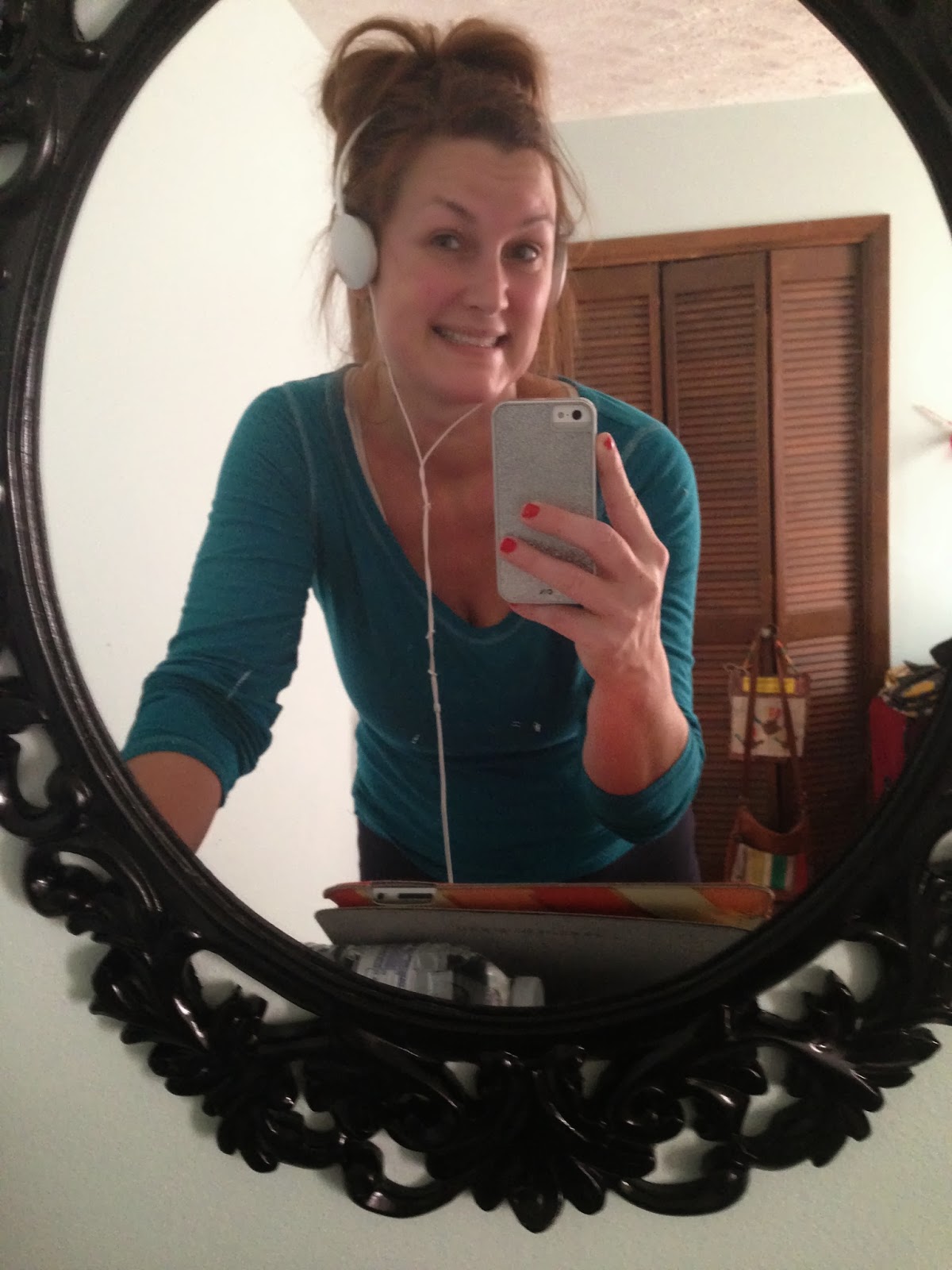 But that's the thing….do what works for YOU.  Heading outside and running wear I live is kinda dangerous for me.  It is very rural and lots of huge log trucks are up and down our road.  We live too far out to drive to a nice area to run every day so for me,  the treadmill was the best solution.  And the thought of running in place staring at a wall listening to music, even thought I LOVE music,  has no appeal to me.  I wouldn't look forward to it and therefore wouldn't stick to it.  Find what works for you and do it!  The key is just doing something!

Now that I'm in maintaining mode and I don't have much more I want to lose, I have shaken things up a bit and experimented with how I get my exercise in.  The treadmill is still my primary source and fave  but now I added a few other things in the mix.

I have encouraged the ladies at my church to get active and now we do a dvd together on wednesday nights before church starts.  It's fun seeing them get results and the accountability is awesome for all of us.   We have a diverse group and I LOVE that!  None of us do it perfect but we are doing it and that's what counts.  They are such troopers…Ms Pat stops on her way home from work and never even goes home on Wednesdays until after church.  Carolyn has special needs but she gets out there with her weights and gets her work out on.  Mama Rob is almost 80 and can exercise cirlces around us.  The rest of us in our group all have our challenges that could keep us from being there but we are committed and that's what it takes. 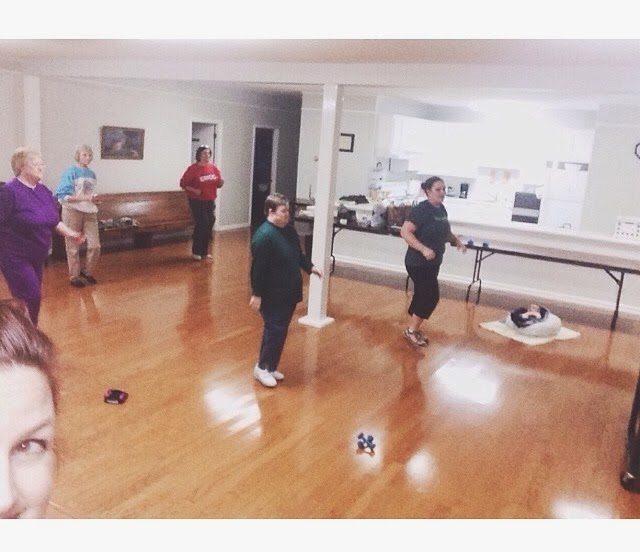 Some have asked how long it has taken me to lose my weight.

Well there you have it…That's it folks in a nutshell.
Eat clean and exercise.  That's my secret.
No plans.  No diets.
I hope this encourages someone today.  Hang in there. Keep on keeping on.

I hope something I shared encourages you today to make a change so you can begin to enjoy the rewards of a healthy lifestyle too.
It's the best.
Can't wait to hear your story!